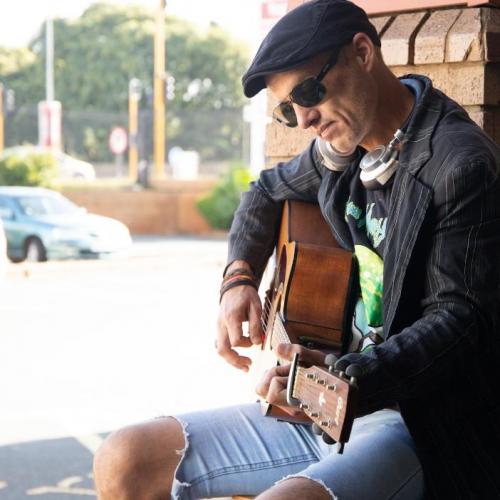 Tremendously talented singer-songwriter poised to burst onto the music scene

Rudolph Kok known professionally as RudiTheOutsider is a tremendously talented singer- songwriter poised to burst onto the music scene. He is known for breaking the chains of conformity with original songs that don’t fit into stereotypical categories. After many years of writing and performing songs almost exclusively in busking settings, his first studio recorded and produced single, SERENDIPITY, was released on the 4th of February 2022.

Early life
Rudi was Born on the 01st of March 1977 in South Africa. He had a difficult, emotionally chaotic, and traumatic upbringing.

In short, forced to live and survive on the streets as a minor. He had to endure years of surprising and frightening experiences.
He lived through events that affected and influenced his life that where not in his control.

There is a radiant beauty to unearth from the rubble though. He uses vulnerability as an empowering weapon to conquer hardship, recover from misfortune, and be solely authentic.

He is not bitter about his past. His motto is Amor Fati, the practice of accepting and embracing everything that has happened, is happening, and is yet to happen
Despite the odds, he has discovered himself, his identity, and his abilities, and is more determined than ever to pursue a life aligned with his purpose and to stretch and demand more from himself as this will required him to grow and commit to continuous personal development.


2021–present:
Rudi has been grafting hard at the singer-songwriter game for some time now.
He has always been enthusiastic about music. It has always been important to him to include meaningful lyrics that are easy to sing along to.

All his tracks are short stories in form of poetry that reflect his own life experiences, past and present.
His songs are full of raw emotions that stem from the desire to make sense of life. His hope is that the positive aspect in his lyrics will help others.

With a catalogue full of original songs, he has the remarkable ability of crafting relatable moments that are stirring and comforting. His captivating vocals skillfully guide listeners through his music’s emotional core.
He can pull listeners experiencing similar woes close to his own personal turbulence.
His biggest calling card is his authenticity.

The singer, who now lives in Pretoria with his wife and two children, believes that it is his perseverance through hardship that has opened doors for him.
Now that he no longer tries to be something he is not, he strives to embrace all that he is, nothing excluded, rejected or disowned.

He embraces being different, permits himself to be an outsider, not afraid to walk the path less travelled, challenge the status quo, dares to be unorthodox and celebrates non-conformity.
“I discovered that no matter how much you run from pain or pretend that it isn’t there, it always quivers close by your feet like a shadow.”