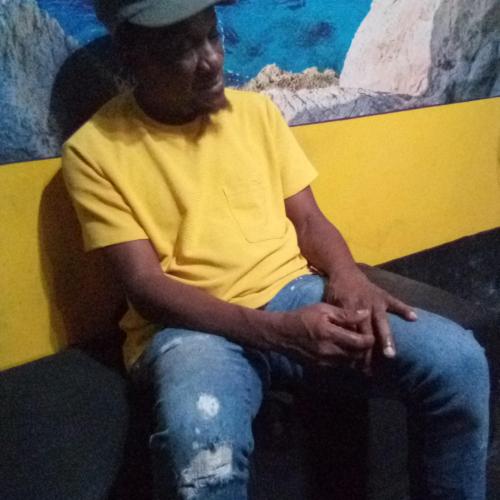 From the mid-1970s to the mid-1980s, the name Linval Thompson and the Thompson Sounds moniker had serious currency in the world of Jamaican reggae. In addition to his reputation as a vocalist on over a dozen albums, Thompson was the producer of over 40 albums and hundreds of singles by artists including Dennis Brown, Freddie McGregor,Barrington Levy, Eek-A-Mouse, Gregory Isaacs, The Wailing Souls, Triston Palma,Cornell Campbell, Johnny Osbourne, The Viceroys, and Sugar Minott. An examination of his work makes the case that Thompson's contribution to reggae was essential during the music's golden era.

Linval Thompson and Sugar Minott can be credited as the first reggae singers to exercise significant control as producers of their own work. Previously, the perilous route to becoming a reggae producer in Jamaica was only traversed by shrewd businessmen, soundsystem operators, and a handful of soundsystem deejays.

Journalist Steve Milne of Full Watts described Linval Thompson as "an artist lauded by knowledgeable reggae-philes and practically unknown by the rest . . . As a singer [Thompson] is not as well known as some of the artists who attained worldwide success with his help, like Freddie McGregor, Eek-A-Mouse, and [the engineer] Scientist."


Thompson's relatively low profile is due to two factors. At the height of his singing career, Thompson spent his time producing instead of touring, thus missing an essential avenue to name recognition. Moreover, while many of his colleagues inked high-profile deals with major labels, only one of Thompson's albums, the Sly & Robbie backed Starlight, managed to find major label distribution (through Mango/Island in 1988).

However, Thompson did have a thriving business through established independent labels
and his own imprints, thus those who knew about his music became loyal fans. His productions were very popular in London and his catalog can be found primarily on U.K. indy labels Trojan, Greensleeves, and Burning Sounds. He also pressed his productions on the Strong Like Samson and Thompson Sounds labels in Jamaica. In the US, Brooklyn-based Clocktower Records released much of his work.

Linval Thompson is seldom heard complaining about his lack of notoriety after so many years in the business. He told Jamaican journalist Claude Mills in 1998, "I can't bawl like some other men do. I tried from pretty early to know the business, and I've done well. I made some investments out of it, a house, land. The trick was that I produced a lot of the hit songs that I made, and I produced other artists as well."

Thompson began writing original songs from an early age, and his first opportunity to record came when he was a teenager in Queens, New York, living with his mother. He recorded
"No Other Woman ." Thompson also recorded a few tracks in the US for producer E.W. Martin before returning to live in Kingston. In Jamaica,

The main move in Thompson's career came through his association with singer Johnny
Clarke, Jamaica's most prolific domestic hit-maker of the day and stable star of the great producer Bunny "Striker" Lee. Sparring with Clarke and hanging out at King Tubby's studio eventually led to an opportunity to voice for Striker, and "Don't Cut Off Your Dreadlocks" proved to be a monumental first effort.

That track and others recorded in 1975 were collected as Don't Cut Off Your Dreadlocks and released in England the following year on the Third World label. The album (also known as Cool Down on Clocktower Records) features essential rockers and flying cymbal rhythms by the Soul Syndicate band and endures as one of the essential roots classics of the 1970s. It was the height of the era of militant, Pan-Africanist lyrics and Rastafarian consciousness.

As a vocalist, Thompson didn't carry the accessible qualities needed to crossover to mainstream American audiences, but he had the essential rawness, unpredictable timing and spontaneous lyrical style that defined credibility in Jamaican dancehalls.

Wasting no time to control his own destiny in the recording business and encouraged by Bunny Lee, Thompson recorded and produced "Train To Zion" with deejay U Brown in

1976. Then came "Jah Jah Guiding Star" in 1977. The latter was produced with his young friend Henry "Junjo" Lawes.